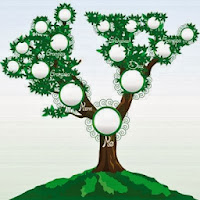 Family trees can bore the pants off many people, but I find them fascinating. Delving into the past might have many heartwarming repercussions, and some even more startling discoveries. It was truly an eye-opener when I began to squirrel into my family history. However, I loved the experience so much it made me want to write about my own family black sheep, and maybe invent some totally new ones for fictitious family stories.

I'm currently writing a family saga set mainly in Scotland the plot loosely based around events my ancestors took part in. It is in no way a biography, and yet is not totally fictitious either. What is true is that my family tree was at the heart of planning what I hope will become a three book series. That's what's currently on the writing table, but what have I done before where I've created a family tree?

In 2011, I invented an ancestral tree for my debut contemporary history/mystery – Monogamy Twist. In Monogamy Twist, Luke Salieri is surprised to find he’s the sole beneficiary of a slightly dilapidated manor house in Yorkshire. He’d never heard of Amelia Greywood who bequeathed him her house and gardens, so why was he the person to inherit? In creating that mystery for Rhia Ashton - a historian and family tree expert - to solve for Luke, I really enjoyed designing the family tree that led to him inheriting. Since my target was a romance publisher - The Wild Rose Press -  it had to have strong romantic and very sensuous elements. The Dickensian-style conditions of the bequest are in some ways as farcical as their heady relationship but romance only publishers demand such levels of sensuality.


The family tree for my contemporary mystery Topaz Eyes absolutely begged to be written next, but I wanted the challenge of making a more complicated one. I had to have some reasoning for bringing a long-lost family together, though. It took only a short think-time for me to decide to combine a plot that had a coming-together of hithertofore unknown family members, and venues I also really wanted to feature in my writing. My target publisher was Crooked Cat Publishing, who publish across all fiction genres, so Topaz Eyes would be a lot more mystery and less of the heady romance, but curiously it is the romantic entanglement between Keira and Teun which underpins the whole mystery.

Sometimes you have to work backwards to go forwards! 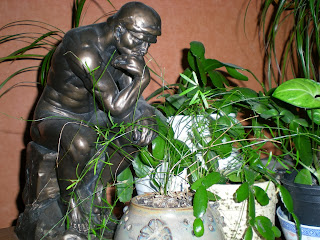 Distant third cousins are involved in a quest to find priceless jewels that were scattered amongst the family decades before. I needed a good reason for the third cousins not to know each other, and indeed, not even to have heard of each other. Setting my mystery in Europe gave me a great excuse for having some family members leave the country of their birth- some to move a relatively short distance away, but others would emigrate to the US. That fitted the generation around the late 1930s when many fled the approaching horrors of Nazi Germany. I worked out that if my original ‘matriarch’ was giving birth to a family during the 1880s that would give me a fantastic start point for my family tree structure.
At that stage I sharpened the pencils and got an A3 piece of paper to sketch out on. That deadpan phrase ‘write what you know’ was in my mind. I would use a personal family situation to my advantage, but Geertje Hoogeveen- the matriarch - and her offspring are totally fictitious.

I’d already included the European cities of Barcelona, Paris, and Tallinn in my fun contemporary romance novel – Take Me Now - but I next wanted to include venues such as Amsterdam, Vienna and Heidelberg. 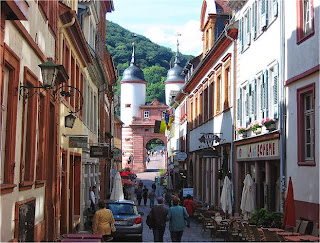 Heidelberg? That was a fabulous location to start at since I adore Heidelberg, and Amsterdam would be almost the place to end. I’m not giving away the plot, but I did have to make many changes to the structure of the family tree as the novel developed. It took quite a bit of mathematics to get the dates correct for each generation but it eventually worked!


The founder member of my Topaz Eyes family tree is an Amsterdam woman, called Geertje Hoogeveen. Since the members of the tree are European I had to do a bit of research to get the best names for my protagonists. To make it easier for the reader there is a convenient little copy of Geertje Hoogeveen’s tree included in the book and how to pronounce the names isn’t too bad, since I chose fairly easy ones.

My intention for my readers is that they are swept up by the thrills and spills in the story, are suitably stunned by the disasters, love the happy ever after ending, but most of all enjoy a great mystery.

A peculiar invitation to Heidelberg embroils Keira Drummond in the search for a mysterious collection of extraordinary jewels once owned by a Mughal Emperor; a hoard that was last known to be in the possession of Amsterdam resident, Geertje Hoogeveen, in 1910.

Who among the progeny of Geertje – hitherto unfamiliar third cousins brought together for the quest – can Keira rely on? Distrust and suspicion among them is rife.

Which one is greedy, and determined enough, to hire thugs to tail her… and worse… as she travels to Vienna and Minnesota?  Can Keira even trust Teun Zeger - a Californian she is becoming very drawn to – as they pair up to unearth the jewellery?

As they follow a trail of clues, will they uncover the full collection before the hired gun kills them? Details remain furtive and undisclosed until danger and death forces their exposure. And who harbours the ultimate mystery item that is even more precious than the Mughal jewels?

Greed, suspicion and murder are balanced by growing family loyalty, trust, and love.

Please enjoy this little bit to tide you over till you get your own copy...
At this point all the third cousins, and Keira Drummond, have been summoned to Heidelberg, the mysterious arrangements to get them there very suspicious.

“Would you ditch the mystery, Jensen, and just enlighten me as to what you think I have that interests you? And tell me why you couldn’t have asked for it in the letter you sent to me? I came here of my own free will – granted – but I’m not hanging around any longer if you’re going to drag this out, for I’m damned sure I’ve no idea what you’re referring to.”
Jensen’s reply lacked emotion, his face a blank screen, his gaze focused on Teun as Keira regarded the by-play.
“Teun. It may come as a surprise to you, but you actually know more about this invitation than Keira. At least you knew from my letter I had something of family interest you might be glad to take back to the USA with you. Keira had no such suggestion made to her.”
Tension rose in the room, which didn’t only radiate from Teun.
Keira sat uneasy, also unwilling to be in the dark any longer. “Would you please explain why you think I may have something you want, Herr Amsel?” She found herself reluctant to use his first name, considering the antagonism now mounting.
“All in good time, Keira. And please call me Jensen. I don’t set out to be anyone’s enemy. I believe each of you can provide access to items belonging to the collection. All the pieces are likely to vary in monetary value but, viewed as a complete entity, it will make an impressive display. It’s a historic set… and unique.”

Wishing you a happy Sunday.