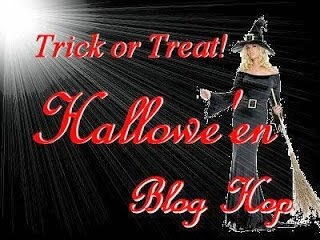 The novel to your right - The Beltane Choice - is what's on offer. Read on to find out what you have to do to earn yourself an ecopy...

TRICK OR TREAT? Is the following a genuine story, or one made up to treat you today?
A HALLOWE'EN thespian nightmare?
Is it some kind of Hallowe'en the 'other movie'? Not quite, though it was a very memorable event. Was it Hallowe'en dressing up, or dressing down?  Or about maybe wearing nothing at all? Wow! Risqué?  Nowadays not so much....but some years ago, nakedness was pretty shocking.

Zoom back to October 1967. Glasgow, Scotland. A High School Drama Club.  Every year, at least one of the plays performed by the club was by a playwright named –James Scotland. James Scotland wrote plays in a broad Scottish dialect, many of his words old fashioned and ‘funny sounding’, but the actors in the club loved performing them since they were a great laugh. All the productions were on a very low budget. The school art department painted the backdrops and the ‘technical’ department made the sets and furnishings. The stage sets were basic, but as 'accurate' as they could manage.
HALLOWE'EN was one of those plays.
Now, don your imaginative cap and zoom back in time to a medieval monastery with me...

AHA! Was it a spooky horror? Not exactly. A gloomy, scary atmosphere was created on stage, but the play is a comedy - meant to be funny, but just not as funny as the first night turned out!

Think Vincent Price Hammer Horrors – a Dracula Castle... a creepy old crypt...
The Date: In between Vespers and Vigils on October 31st in the year 1460 – getting close to midnight.
The Place:  Brother Barnabas’ cell in the Abbey of Cambusdonald in the Lothians of Scotland. (Edinburgh-ish)
The walls are of large stone blocks, cold and dripping with the inevitable moisture that goes along with winter in an old unheated stone building. To the Left of the stage is a small cast iron brazier emitting the most meagre amount of heat, just enough to boil the contents of a small cauldron suspended from an iron bracket, a thin trickle of steam rising from the pot. There’s a low wooden lectern Down Right, scarred and poorly carved, with a large open book resting on it, the edges of the pages uneven and curled. There’s a small shelf holding a few very large books behind it - their front facing illuminated bindings glinting and twinkling in the weak firelight.

Near the lectern is an arched door leading out of the room, the large circular metal handle on the planked wooden door also a faint glint in the darkened scene.  On the Back wall to the Right is a small recessed window with a faint hint of hazy moonlight showing in a darkened blue sky. Up Centre-Back is a three-sectioned small screen with a heavy tapestry behind it. Up Left is a table littered with what looks like glass apparatus on wooden stands and supports, scientific experiment tools lie scattered around amongst glass vessels full of weird coloured liquids.

Apart from the brazier fire, the only illumination is the pale moonlight and a small flickering cruisie lamp (like an oil/ tallow filled Aladdin type lamp) which hangs from an open arched doorway to the left. The whole set is dark and gloomy. As the curtains open there’s the sound of a monastery bell pealing, constantly repetitive. Two monks in dark brown hooded cassocks enter with metered steps, intoning low monotone prayers.
Barnabas and Donatus: the spell maker and the manuscript illuminator.
Scary scene for Halloween was the intention. The gist of the play is that the monks are not quite as religious as they should be, their banter bordering on as lewd as 16 year olds could be back in 1967, with their parents in the audience!


On that fateful Halloween night, the abbot is expecting an important visitor and the monks need to look very busy.

Brither Barnabas gets down to his spell making… He flicks over the pages of his spell book rejecting a few that don’t have ‘spectacular’ results to show the visitor. ‘Tae cry up the spirits?’ He rejects that with a shudder... and moves to the next page.
‘Ane first method to find The Philosopher’s Stane?’ He decides that’s a good one and goes off to fetch the first ingredients.
A strange puff of wind flips the page back .. “Tae cry up the spirits”… Low, spooky, medieval-ish music plays in the background.
Brither Barnabas continues to scan the spell, adding bits and pieces to the small cauldron, low muttering as he goes, the music increasing very gradually.

Can you hear Barnabas as he is chanting his spell?
“Black the sky and daurk the nicht –
Come whit’s hidden tae my sicht-
Tak nae tent of when or why –
Black the nicht and daurk the sky!”
There’s a flash of sparkling light from the brazier when he throws a pinch of powder into the cauldron. Startling thunder claps rend the air; the weird medieval music reaches a climax, the stage goes black and then the music stops…there are moments of total expectant hush...before the low lighting flickers back on.
Brither Barnabas whoops and jumps with excitement. “A fine experiment that wis! I near lost my eye-brows.”
During the momentary darkness a figure makes an entry via the tapestry mentioned that hangs at the back. When the lighting slowly re-appears there's a filtered spotlight highlighting a young woman leaning on the screen. The top level of the screen is set at just above the curve of her breasts, her bare arms resting along the top, her shoulders showing white in the flickering light.
“Guid evening, Brither Barnabas.” She announces her presence in a sultry and sexy voice.
You’ve guessed it! His experiment has cried up a spirit from the past. Who is she? A very important and famous lady of historical significance - she is HELEN OF TROY.
The monks are first totally amazed, then beside themselves with glee, which is then followed by being despondent. Torn between being delighted with a woman in the cell, they are terrified that the abbot and his visitor will arrive at any moment. While they bicker about what to do Helen whines: “Could I no come oot o’ here?”
Brither Barnabas peers behind the screen. “Na! Erchie, she’s scuddy!”

Naked in those days during a school production?  Never!  Helen wore a very thin rectangle of vaguely-nude coloured silky material tightened around her non-existent breasts, floaty, and pinned with a large safety pin at the back. No such thing as a strapless under-wired bra back then as she remained behind the screen. And no possiblility of a very concealing nude body stocking either!
Long story short, Brither Barnabas tries to get rid of Helen but is so useless his ‘send-her-back’ spell calls up another famous woman of Bible history – Salome. Both females jostle for space behind the small screen.
Now in the way of all comedy plays Helen and Salome have a bit of history behind them and start to tongue lash which quickly escalates into a wee bit of pushing and shoving. This has been practised many times but none of the rehearsals factored in the nail that hadn’t been properly hammered into the screen. One simple snag against the nail and the silky material was stuck fast. A hearty tug from Salome to free it and the safety pin holding it in place at the back was sprung. The wrap floated down onto the floor to the side of the screen leaving Helen frantically trying to cover her nakedness. Salome by this time is writhing around laughing her head off. Naturally, there was some considerable noise from behind the set as well – the many backstage stage hands unable to quell their mirth. The club members were all around 16 years of age and pretty typical teenagers.

It has to be said that many of the audience, especially those in front row seats, were also amused.

Fortunately for Helen,  Brither Barnabas was a Jack-the-lad, had a way with the girls in school and nakedness appeared to be no shock to him. Dramatically holding his arm high, it subdued the sniggers, silence reigning once more. He peered behind the screen very slowly, wolf whistled, and grinned a thumbs-up to the audience who joined in with the fun -thinking it was all intended. When the resulting audience hoots subsided, Brither Barnabas scooped up the offending material and issued Salome with some instructions to tie it on securely under Helen's 'delicate womanly bits'. (I'm not sure Helen spoke to him ever again, offended by the 'delicate')

The play was on for three consecutive nights. The opening night was a huge success and all tickets were sold for the next two evenings. Was Helen naked again? No way... but an extra piece of material was hung behind the screen for Salome to throw aside at the appropriate moment. New words were penned into the script, yet for some reason the incident just wasn't quite so dramatic as had been on the opening night!

And now for details of that Hallowe'en Treat.

Can the Celtic Tribes repel the Roman army? AD 71

Banished from the nemeton, becoming a priestess is no longer the future for Nara, a princess of the Selgovae tribe. Now charged with choosing a suitable mate before Beltane, her plan is thwarted by Lorcan, an enemy Brigante prince, who captures her and takes her to his hill fort. Despite their tribes fighting each other, Nara feels drawn to her captor, but time runs out for her secret quest.


As armies of the Roman Empire march relentlessly northwards, Lorcan intends to use Nara as a marriage bargain, knowing all Celtic tribes must unite to be strong enough to repel imminent Roman attack. Nara’s father, Callan, agrees to a marriage alliance between Selgovae and Brigante, but has impossible stipulations. Lorcan is torn between loyalty to his tribe and growing love for Nara.

When danger and death arrive in the form of the mighty Roman forces, will Nara be able to choose her Beltane lover?

TO enter the draw for THE BELTANE CHOICE ... pop the word 'Treat please', along with a way of contacting you, into the comments box. Tell me if you think this story is 'genuine' or 'false' and why you think this.

Have a fantastic Hallowe'en... in whatever way you are celebrating today... and HOP on over and visit the other blogs in this HALLOWEEN BLOG HOP.