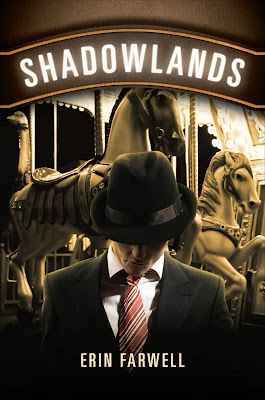 Welcome to my Familiarise Friday slot. Today, my guest is Erin Farwell, author of the mystery novel - Shadowlands. Erin's a very interesting lady I've met through my Writing, Wranglers and Warriors Blog - the one I post for every second Saturday (must remember to post there tomorrow). The interview below isn't for a character this time - instead I've asked Erin some questions so that we can get to know her...


Your days sound pretty busy, Erin. How do you fit in your writing with other business and leisure commitments?  This is my current challenge. It seems that writing is always the last thing I do rather than the first and I am working to change that priority. I have made a commitment of a certain word count I need to do per day and I believe that this will help.

How long have you been writing fiction? I started writing when I was about seven. I had a little notebook and a box of crayons and would match the mood of the story with the color I wrote it in.

How many books have you published so far? I have one novel, one short story and a self-published non-fiction book about being a woman business traveller.

I'm sure the travel done for your job gave you lots of fodder for fiction as well, Erin. Can you tell us a little about Shadowlands? Cabel Evans physically survived the Great War but mentally and emotionally he bears many scars and lives in self-imposed isolation. A fellow veteran arrives on his doorstep asking for help in solving his daughter’s murder. He has to return to the world, face his past, and find a killer, just a small to-do list.

I tend to draft and redraft a lot in my novel writing - About how many draft stages did Shadowlands go through? There were two major drafts but as detailed rejections letters came in, found places that needed reworking or a scene that needed adding or deleting. It was an on-going process. I worked with a great editor at my publisher who helped me through the last revisions.

What’s your main protagonist like in Shadowlands? Cabel is wealthy and was heir apparent to his family’s business. After the Great War, he returned to the business and did well until the pressure of pretending that he has fine broke him. At the start of the story he is still grieving for the friend he lost in the war and feels guilt over the men who died under his command. In his mind, he’s ready to die, yet he clings to life, looking for a reason to live. He’s seen hell in the trenches and feels stained by what he has witnessed and done, yet he still finds the world a hopeful place.

Does your past work in healthcare have any bearing on the darker aspects of Shadowlands that you have chosen to write about? When I worked as a consultant, I specialized in brain injury. I found it fascinating that someone could look exactly the same, yet be very different from what he had been. Cabel suffers from PTSD, although they called it shell-shock at the time, and it was much the same. He looked like he had before the war, but was a very different man inside. How he and others deal with that is part of his struggle. 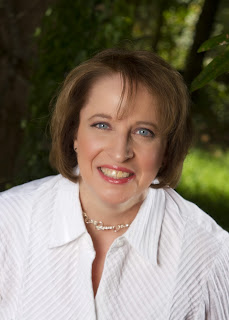 Are you a plotter or a pantser?  I am a mix. Before I start writing, I know my beginning, two or three middle points and the ending. How I get from each point is an adventure in writing.

Did the mystery develop as the story emerged, or did you see the ‘depth’ of the mystery before you began to write the first draft? I always knew I was writing a mystery. The why of the story changed as the I researched and came across an odd fact about Al Capone.

I research a lot for my novels. Did you need to do a lot of research for Shadowlands? Yes, and it was fascinating. I have lived in both Chicago and in Berrien County, Michigan where St. Joseph is located, but I became fascinated with learning things about places I thought I knew. I also needed to learn about the Great War, the 1920s and many points in between. Basically, I needed to know as much as Cabel would know during the course of his life to date.

Do you think you will only write in one genre, and for one particular age group? I love mysteries and until recently couldn’t imagine writing anything else. However, a call for short horror stories had me rethink this. Hmmm. As for age group, I was reading adult mysteries since I was thirteen so I think I’ll stick with this group.

Has your work as a lawyer, and as a business consultant, helped you with the marketing aspects of your novel? I went into this knowing that I would need to market. I’ve done this for myself as a consultant so I understood how uncomfortable it can be at times but also necessary. I had a marketing plan developed before I finished the first draft. It was naïve and incomplete, but it I feel I went in with my eyes open.

That sounds like the best beginning. Many authors, myself included, don't have a clue initially that marketing will take up so much of their time. When not doing marketing tasks what will be your main writing goals in the coming year? Finish the sequel to Shadowlands, a must for me. I’d like to do at least one mystery conference and submit one or two short stories. My website is currently being overhauled and I’d like to get that done and have a regular blogging schedule. I will continue to market as much as possible, but I find it difficult to have sales goals as so much of that is outside of my hands.

Eat in or eat out? in

Travel in the US or World travel as a preference? world

Although I have degrees in business and law, I currently teach art classes for the City of Roswell, volunteer at my daughter’s school, and write mysteries. I grew up in southwestern Michigan and lived in Chicago for several years before becoming an Atlanta resident 15 years ago.  My husband and I have climbed Kilimanjaro and traveled to China to adopt our daughter, Willow.  My first novel, Shadowlands, was released in August of this year.  It is an historical mystery set in St. Joseph, Michigan and Chicago, Illinois in 1927. At that time, the Silver Beach Amusement Park sprawled along the lake front on the Michigan shore with the carousel, rollercoaster, games, food, and the Shadowland Ballroom. The park was a wonderful place, filled with laughter, fun – and murder.

Reach Erin at these places:

In July of 1927 prohibition is the law of the land, Al Capone controls the city of Chicago and Cabel Evans wants to die.

Haunted by nightmares of the Great War and devastated by the loss of his friend in battle, Cabel Evans lives in self-imposed isolation in his family’s summer home in St. Joseph, Michigan until a fellow soldier asking for help in discovering who had murdered his daughter, Kittie.  Cabel refuses until the soldier reveals that Cabel owes him a debt.

From the innocent distractions of the Silver Beach Amusement Park to the dark enticements of a Chicago speakeasy, Cabel’s past and present collide as he searches for the truth about Kittie’s death.  While he finds more questions than answers, he soon realizes that the murder of the innocent sixteen-year-old girl in the small town of St. Joseph, Michigan is connected to Chicago’s underworld; a place ruled by Al Capone, where violence and corruption are currency and everyone is a pawn in someone else’s game.

What began as a chance to repay a debt has become an opportunity for redemption. Yet just as Cabel realizes that he wants to live, someone else wants him dead.
Buy from:
https://www.amazon.com/author/erinfarwell


Thank you for those great answers, Erin. I'm delighted you've visited, and wish you the very best for great sales of Shadowlands.