Monday Moments with the Isle of Larus


It's a beautiful start to the week and my Monday Moments are with epic fantasy author Kathy Sharp. She's brought along details of her novel Isle of Larus, a tale for adults in a fictional world that's just not quite the same as our own. It's a story that's quite unique. There are traits and shades of past lifestyles lingering on the Isle of Larus - a parochial Calvinist Scotland comes to mind -  but there are also contemporary parallels within the story as well.

Since Kathy is a Crooked Cat author, her books are only 99p just now in the Crooked Cat Summer Sale, so click the link to get something that's different.

Kathy's sharing an excerpt with us today, so get yourself settled in... 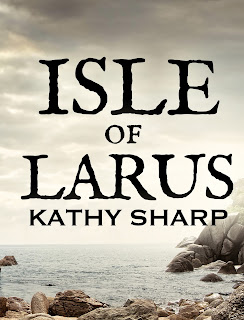 The four guardians of the Isle of Larus have been enjoying quiet and comfortable lives, with nothing more than the occasional shipwreck to trouble them – but all that is about to change.


The Spirit of the Sea decides to send a series of alarming events to test and teach them, as well as providing himself with hours of entertainment at their expense. For the first test, how will the guardians cope with the arrival of a fleet of completely impossible ships? Not too well at all, it would seem.


And that is just the beginning…

Isle of Larus http://tinyurl.com/olfyskv  and the exciting sequel Sea of Clouds http://amzn.to/1wYCPH0
On sale at just 99p/99c until 15 August 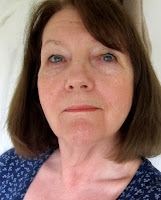 Growing up by the sea in Kent, back in the 1960s, it was Kathy’s ambition to become a writer. Time passed. She married, moved to west London, and had a daughter. She continued to write, and had a small book or two on countryside and nature subjects published.  She worked for many years as a desktop publisher for Surrey County Council, and as a tutor in adult education.

And then, one day, she visited a friend who had just moved to the Isle of Portland, Dorset, and fell in love with the place. She has now lived in the Weymouth and Portland area for ten years, and still loves it. The wonderful Jurassic Coast, and Portland in particular, were the inspiration for her first novel, Isle of Larus.

Kathy also sings with, and writes lyrics for, the Island Voices Choir on Portland, and is a keen member of local writing groups, as well as enjoying studying the local flora.


Extract from Isle of Larus
It was Rissa the ship warden who saw the strange boats first, of course. She had climbed up to the top of the great rock and stood there like a beacon, her scarlet skirts billowing. A strong gust caught her and made her stagger. The wind was freshening very quickly and there was ugly cloud in the south-west. It was time to send round a warning. She gathered her skirts to climb down, but something caught her eye. There were two little ships racing, yes racing, with the wind behind them, straight into the western wall of the island, which was all toothy rocks, as any seagoing man would know. Rissa stared and squinted. They were very strange ships indeed. Sailing boats, to be sure, but what fashion of rigging was that? And why were they so shiny? Shiny white hulls, white as a gull in winter. She gaped at them, and then pulled herself together. At such speed they would strike soon. Effortlessly surefooted, she climbed down off the rock and trotted a little way round the headland to see where they would make their sorry end, for she was quite sure this was inevitable. Right under the black pinnacle, most likely. Rissa frowned. That was the most difficult place to reach, even for the islanders.


But they must do what they could. Rissa trotted back to find her runner. There was always a child, boy or girl, employed at the headland to take news round the island. They were fleet of foot, these wiry young islanders, and Rissa paid them in sweetmeats. Extra if there was a wreck to report. The boy ran off like a hare to tell the Reverend Pontius, who would ring the chapel bell and alert everyone. Soon every able-bodied person would be rushing down with ropes and grappling irons, and high hopes of good pickings.


Strange it was, as Rissa said later, how they raced each other blindly into the rocks, just as if they couldn’t see the island at all. Very strange.


As it turned out, there was no opportunity to ask the crew what kind of seamanship they called this. There was nothing to be done at all, because there was no sign of the ships when people reached the cliff top. The predicted storm blew everything asunder, for sure, but it was odd that not a scrap of wreckage ever came ashore. Not so much as a plank.


Thanks for joining me today, Kathy, and for sharing a bit from the Isle of Larus. Wishing you a good week...and beyond.

Posted by Nancy Jardine Author at 08:30