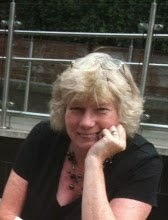 Today, I'm welcoming back a fellow Crooked Cat author, Sue Barnard. Sue's novels are superb reading - if you've not yet read her work, then I suggest you go scoop it up! She's come onto the interview chair as my first guest of 2015.

It's a short nosey, so let's get settled in.

Hello Sue.  When you find time to read for pleasure, what’s your favourite genre?
My tastes are fairly widespread, but I love anything which makes me laugh.  There isn’t nearly enough laughter in the world.

Are you quite happy to read out of your genre comfort zones or would you have to be seriously persuaded to try something new?
I’m happy to try new genres, but when I do read, I read for pleasure – so anything depressing would hold no appeal at all.  And I know there are some books which one is told one “ought” to read, because they’re regarded as “improving” in some way – but highbrow ideas and arty-farty prose do not automatically make for good reading.  I gave up being told what I “must” read the day I finished university.  Life is too short.

Since you’ve become a published author, have you found that you’ve a lot less time for pleasure reading than before? (I know I have a lot less just now)
Yes, definitely.  And I’m afraid I’ve become a lot more critical as well!

What’s been the biggest stumbling block since you became a published author?
I wouldn’t exactly describe it as a “stumbling block” as such, but I’ve found that the need to publicise my books takes up a lot more time than I’d bargained for.  As another Crooked Cat author said recently, writing the book is the easy part! 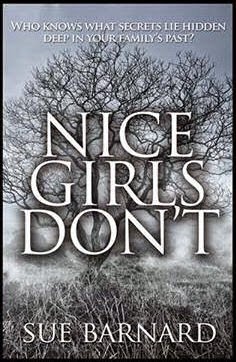 I’ve a feeling I read somewhere that Nice Girls Don’t might have been around in your cupboard for a while but only saw the light of day recently? If that’s correct, what prompted you to haul it out and polish it?
Nice Girls Don’t began life as a project in an online workshop which I did back in 2012.  It was originally written with a view to submitting it to D C Thomson as a Pocket Novel, but it was turned down because it didn’t tick all their boxes. So it was relegated to the murky depths of my hard drive whilst I concentrated on other projects.  It was only after Crooked Cat accepted The Ghostly Father, and when I discovered that they also publish mainstream romantic fiction, that I felt bold enough to dust it off and give it another try.

Nice Girls Don’t is quite a different style of writing from The Ghostly Father. Did you want to write something where you didn’t need to do so much research and could use your own experience?
Up to a point, yes.  There’s always some advantage to writing about what you know, so it seemed logical to base the story around one of my own interests.  Family history has fascinated me since I was a teenager, when I discovered a mystery surrounding my previous surname.  It took me more than thirty years to get to the bottom of it, but that’s another story entirely.

During your writing of The Ghostly Father I think you must have had to be very conscious of consistency with speech patterns and with being true to the period- i.e. no anachronisms or things that would detract from a reader’s enjoyment of the era. Your thorough research meant you painted a beautifully historically accurate setting for me as a reader. Nice Girls Don’t might be regarded by some as a past historical period, it being the 1980s with aspects of much earlier, but did you find you still had to do a fair bit of research to ensure you were accurate?
Oh yes.  Although I could rely to some extent on my own memories and experience of the early 1980s, I still had to double-check quite a lot of the details (such as, for example, making sure that I had the correct date for Easter 1982).  The military cemetery which features later in the story is a real place, and is more or less exactly as I’ve described it.

Which of those two projects do you think has been easier to complete?
It’s difficult to say, because I’m not really comparing like with like.  They both had parts which were fairly straightforward and other parts which I found more challenging. But then, I think that’s probably true of writing in general. 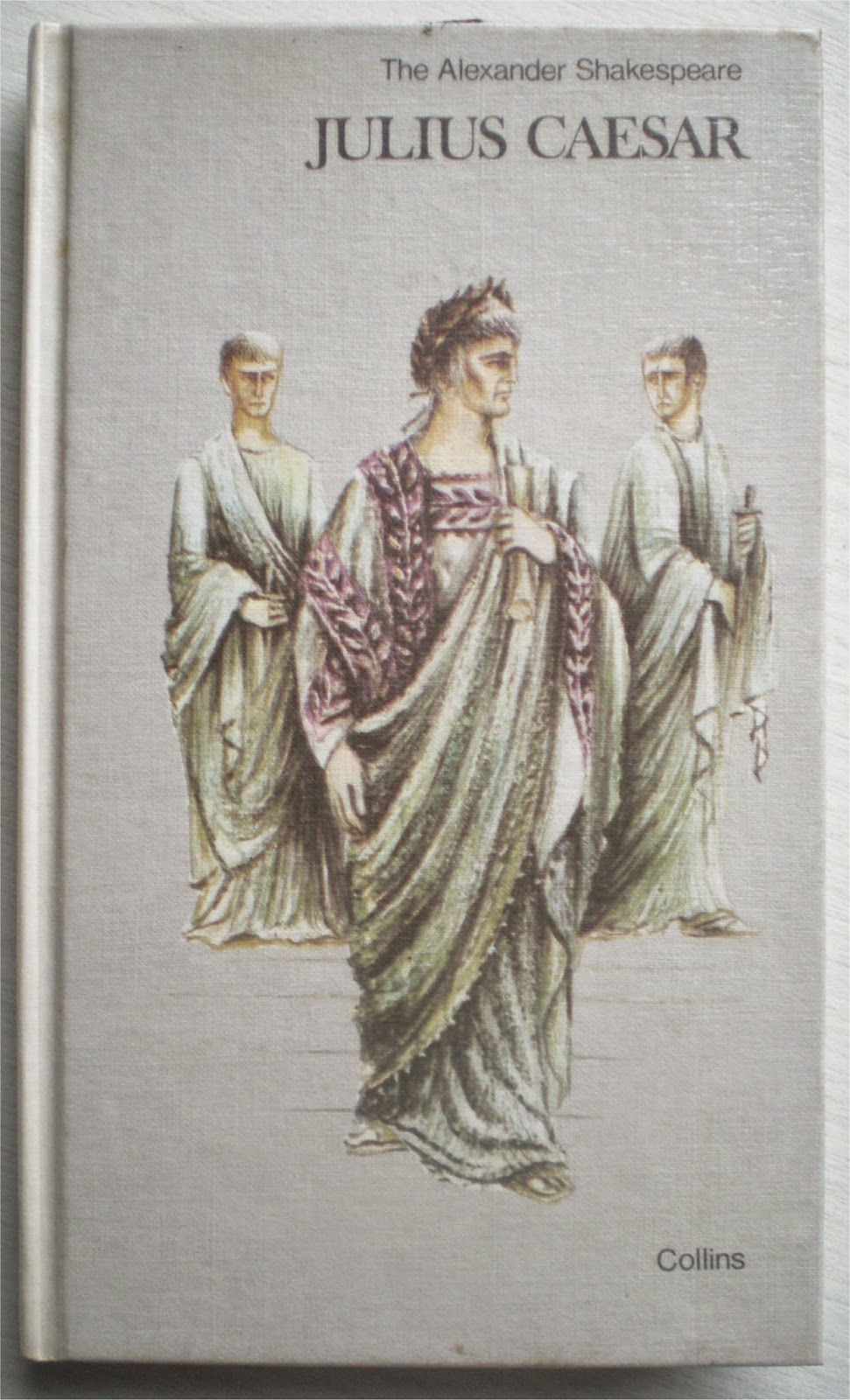 Some people I know might accuse me of being obsessed by Roman Britain (and I think they’d be correct about that) but equally I think you might be accused about being obsessed with Shakespeare. Can you tell us a bit about your latest work that’s in progress or is perhaps already completed?
I’m a great fan of Shakespeare – he’s given us so many great stories which have gone on to inspire no end of authors, artists, film-makers and musicians.  Romeo & Juliet formed the basis for the world-famous musical West Side Story.  Kiss Me Kate began life as The Taming of the Shrew, and the plot of The Lion King bears an uncanny resemblance to Hamlet. And the cult musical Return to the Forbidden Planet is based on The Tempest, but contains at least one quotation from every Shakespeare play.
And yes, I’m returning to the Bard for my latest novel, The Most Unkindest Cut, which is due for release by Crooked Cat some time in 2015.  It’s a murder mystery set in a theatre; the setting is an am-dram production of Julius Caesar.  As with The Ghostly Father, the book’s title is based on a quotation from the play.

Do you think it’ll be more difficult to promote your latest murder mystery after publication, or do you think the tasks will be much like promotions for your other published work?
I’m hoping it will be fairly straightforward, but who knows?

What next book might be in the wings for your readers?
I’ve had an idea for a possible sequel to Nice Girls Don’t, but that’s still very much at the planning stage.  At the moment I’m working on a novel based on an old French legend.  And my editing work is also keeping me fairly busy.  Being an editor for Crooked Cat means that I’m never short of good stuff to read!

Thanks for a superb interview, Sue! Have a lovely weekend, or maybe longer than that if you're off somewhere nice. *wink*


Sue Barnard was born in North Wales but has spent most of her life in and around Manchester. After graduating from Durham University, where she studied French and Italian, Sue got married then had a variety of office jobs before becoming a full-time parent. If she had her way, the phrase "non-working mother" would be banned from the English language.
Since then she has had a series of part-time jobs, including some work as a freelance copywriter. In parallel with this she took several courses in Creative Writing. Her writing achievements include winning the Writing Magazine New Subscribers Poetry Competition for 2013. She is also very interested in Family History. Her own background is stranger than fiction; she'd write a book about it if she thought anybody would believe her.
Sue has a mind which is sufficiently warped as to be capable of compiling questions for BBC Radio 4's fiendishly difficult Round Britain Quiz. This once caused one of her sons to describe her as "professionally weird." The label has stuck.
Sue joined the editorial team Crooked Cat Publishing in 2013. Her first novel, The Ghostly Father (a new take on the traditional story of Romeo & Juliet) was officially released on St Valentine's Day 2014.  This was followed in July 2014 by her second novel, a romantic mystery entitled Nice Girls Don’t.  Her third novel, The Most Unkindest Cut (a murder mystery set in a theatre), is due for release during 2015.
You can find Sue on Facebook, Twitter (@SusanB2011), or follow her blog here.
Book links:

Sue - Thank you for visiting me, today. Best wishes with your book sales and new writing in 2015.

Posted by Nancy Jardine Author at 09:32