My winner will receive an ecopy of Monogamy Twist, and a bumper pack of Scottish Castle Greetings Cards and Matching Gift Tags (see sidebar photo)

Use this link to enter the blog hop page:

My competition rules. All you have to do is this:

2. Find the name of my featured castle each day. There will be a photo on my blog sidebar and the name of it in the short blog post. Send all 4 castle names in an email to nan_jar@btinternet.com  to be entered into the draw for my winner!

Day 3- Name the castle.
Since medieval times, Dunnottar (located on a rocky headland south of Aberdeen, near Stonehaven) has been the site of fortified buildings. Dunnottar comes from the Scottish gaelic, Dùn Fhoithear, meaning ‘fort on the shelving slope’. During Viking times (9th Century) King Donald II was killed defending an earlier Dunnottar Castle from a Viking invasion when they seized and destroyed the Castle. 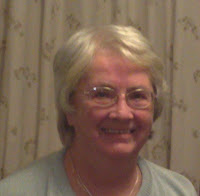 And now I'm delighted to welcome my friend- Paula Martin- who is featuring as the first of my July Tuesdays focus on using particular LOCATIONS in novels.

In the 1960’s, some scenes for a major British film were shot in my home town. We watched some of the filming one evening. When the film was shown at the local cinema the following year, of course we went to see it. In one scene, a bus pulled up outside the Town Hall. You could sense the reaction all over the cinema, with people muttering ‘Buses don’t stop there.’ In that split second, the illusion was lost as people with a personal knowledge of the location were distracted by an inaccuracy.

A minor detail, I know, but it has stayed with me, over 40 years later. I’ve read similar inaccuracies in books – someone looks out from the White House and sees Pennsylvania Avenue beyond the Washington Monument (wrong, the Monument is south of the White House, and PA Ave is north); someone gets a train from Victoria Station in London to travel to Edinburgh (nope, you’d have a long time to wait at Victoria for a train to anywhere in the north of Britain!); someone pulls their car to a standstill in Quay Street, Galway (sorry, that’s a traffic-free zone).

As a result, I’m very wary about making basic errors like this when I’m writing about a place I don’t know. That’s one reason why I prefer to set my contemporary romances in places I do know. My last two novels, ‘Fragrance of Violets’ and ‘Changing the Future’ have both been set mainly in the English Lake District, an area I know and love. That doesn’t mean I haven’t ‘played around’ with the setting. I’ve moved the buildings around in one village, and moved another village into a different valley, so that I can honestly say my ‘fictional’ villages are ‘based’ on real villages, rather than being exact replicas.

There are times however when the plot of a story dictates a setting with which I’m not familiar. My hero in ‘Changing the Future’ is a volcanologist, and I needed him to go to Iceland, where I’ve never been. The internet, of course, is a bottomless barrel of information about anywhere and everywhere, with information, photographs, videos and also the superb Google Earth application (unfortunately the street view car hadn’t reached Iceland when I was doing my research!) 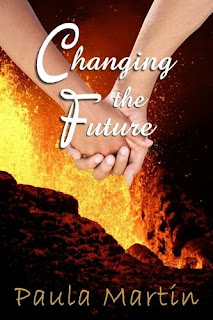 But can all the internet resources tell me what it’s actually like to LIVE in a Greek village, or a small town in mid-West America, or a farmhouse in Tuscany? Can they give me the atmosphere of a place? The traditions, customs and attitudes peculiar to a particular area? I think not, and that’s why I prefer to use places I know, so that I can enable the reader not just to see a place but to ‘feel’ it too. When a place is ‘real’ to me, I can then show it through my characters’ eyes.

Maybe I can use the internet resources, and my imagination, but I wouldn’t like to set a whole novel in an environment with which I’d not be familiar. I admire people who can do this, but I’d be too worried about getting something wrong. I’m still aware of those people who, when reading it, might say, ‘Buses don’t stop there.’ Inaccurate location details annoy me – and I don’t want to annoy my readers!

Nancy says:
I totally agree with you, Paula, that its reasonable enough to include places you've visited in a novel, but I wouldn't want to base all the action in a place that I'd only visited for a day or two as a tourist. The feel of a a place, its environmental impact in the residents is incredibly important.
Blurb for ‘Changing the Future’
Lisa Marshall is stunned when celebrated volcanologist Paul Hamilton comes back into her life at the college where she now teaches. Despite their acrimonious break-up several years earlier, they soon realise the magnetic attraction between them is stronger than ever. However, the past is still part of the present, not least when Paul discovers Lisa has a young son. They can’t change that past, but will it take a volcanic eruption to help them change the future?

Excerpt:
As Lisa’s gaze moved to the man walking with Fiona, she frowned. There was something familiar about the tall, slim figure—the way he walked, and the way he tilted his head as he listened to Fiona.
Don’t be stupid, she told herself, but still couldn’t take her eyes off him. As the gap between them lessened, her blood started to run cold. It wasn’t—it couldn’t possibly be…
The man lifted his hand to flick back a stray strand of light brown hair from his forehead and she knew it was Paul.
For an insane moment, she wanted to run towards him, be scooped up in his arms again, see the laughter in his blue eyes, feel his soft and sensual mouth against hers.
Stunned by her reaction, by feelings she thought she’d totally suppressed, she stopped abruptly. Another thirty seconds and they’d come face-to-face. Total panic made her heart thump against her ribs.
“I-I’ve just remembered—er, I need some—some class lists.” Without waiting for Millie to reply, she turned and quickened her pace back towards the Old House.
Dimly she heard Millie call out something about coffees in the cafeteria. The whole world had receded and she was aware only of the painful pounding in her chest. Shock mixed with incredulity. Paul here at Hillside? Her mind simply refused to believe what her eyes had seen.
When she reached the Old House, she went straight to the ladies’ room. To her relief, no one else was there. She didn’t dare think, didn’t dare allow herself to feel anything. Not until she’d managed to control the trembling which was shaking her whole body.
She glanced at her reflection in the mirror. The blood had drained from her face and her brown eyes looked back at her with shock and panic. “Oh God,” she breathed. “Oh, dear God…”
Had she really seen Paul Hamilton again? Paul in person, not just on television? She deliberately hadn’t watched his Power of the Planet series which had brought him international fame, but then he’d started appearing regularly on TV. Not only on science programmes, but sometimes even on prime-time news, especially when the Icelandic ash cloud had disrupted air travel the previous year. He’d become a well-known expert on volcanic activity. Whenever she saw him on the screen, she had to steel herself against remembering the man she’d once loved so deeply.
She rested her hands on the edge of the washbasin and took a few deep breaths. Maybe she’d imagined it, maybe it hadn’t been him at all, simply someone who looked like him. Walked like him, tilted his head in the same way, pushed back his hair with the same mannerism.
Her shoulders sagged. No, of course it was Paul.

Author Bio:
Paula Martin lives near Manchester in North West England and has two daughters and two grandsons.
She had some early publishing success with four romance novels and several short stories, but then had a break from writing while she brought up a young family and also pursued her career as a history teacher for twenty-five years. She has recently returned to writing fiction, after retiring from teaching, and is thrilled to have found publishing success again with her contemporary romances.
Apart from writing, she enjoys visiting new places. She has travelled extensively in Britain and Ireland, mainland Europe, the Middle East, America and Canada. Her other interests include musical theatre and tracing her family history.
Her other available books are ‘His Leading Lady’ (set in London’s West End theatre world) and ‘Fragrance of Violets’, a story of forgiveness set in England’s Lake District.

Paula can be found at these places:

Thank you for visiting me today, Paula. It's been a pleasure having you start off my series of 'locations' blogs.

Posted by Nancy Jardine Author at 07:43