Hello!
Today I'm in serious editing mode- again - of my time travel novel for the early teen market and also doing edits for Book 3 of my Celtic Fervour series. It's just a little bit mind blowing since the action in both novels takes place in my home area of Aberdeenshire, Scotland though the novels are set in different eras.

DABBLING WITH TIME plunges the trio from Kintore, Aberdeenshire, back to the Roman campaigns of the Emperor Severus of around AD 210 and book 3 of my Celtic Fervour series - AFTER WHORL: DONNING DOUBLE CLOAKS is set in the period AD 73-84.

Keeping up with both novels and not mixing up my research facts is exhilaratingly challenging!

So, as a complete change I'm offering a different slice of Scotland for your Sunday Snip. 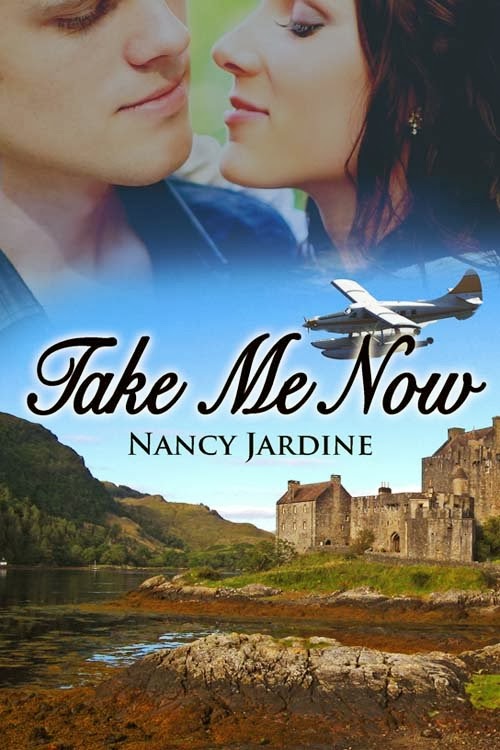 One of my fun, sensual, contemporary romance mysteries -TAKE ME NOW -  is based on an island castle off the west coast of Scotland. Not all is easy flying for Aela and Nairn in this corporate sabotage mystery, that's also my fun version of a  'highland hero' .

With incredible skill Aela landed on the far side of the island in heaving waters so high at times the waves sloshed over the wings, breakers he wasn’t convinced he’d tackle himself. Although only late afternoon the summer sky was so slate-dark it was like night; the angry grey-caps surging up and around them, their height dangerously close to submerging them. The rain battered the glass windshield, a momentary blocking of the way ahead till the wipers did their job.


“Brace again, Nairn!” she yelled over the horrendous noise. “This isn’t going to be smooth.” Her words were no sooner uttered than the floatplane lurched, a dangerous list in the high winds. “No worries, Nairn! I’ve got it under control!”


How Aela managed to keep it steady he hadn’t a clue, but it would have been beyond his own experience. The craft vibrated, a violent and relentless buffeting, as she taxied around the headland to Mariskay harbor. The storm lamented, the rain bombarding them with even more force from that direction. Having radioed ahead the automatic roller doors of the boatyard opened for them as Aela made the harbor entrance where she bumpily-bounced the little plane up the slip and inside out of the weather.


“You still with me, Nairn?” Aela grinned. He knew her adrenaline was pumping wild around her-for his was no different.


His smile was weak, his pain-wracked body having given in to the relief they were home. Not dry by any means…but home. And Aela was safe. “Jeeze! That beat the hell out of a boring ride, Aela.”


Have a nice Sunday.
Slainthe!
Posted by Nancy Jardine Author at 17:26