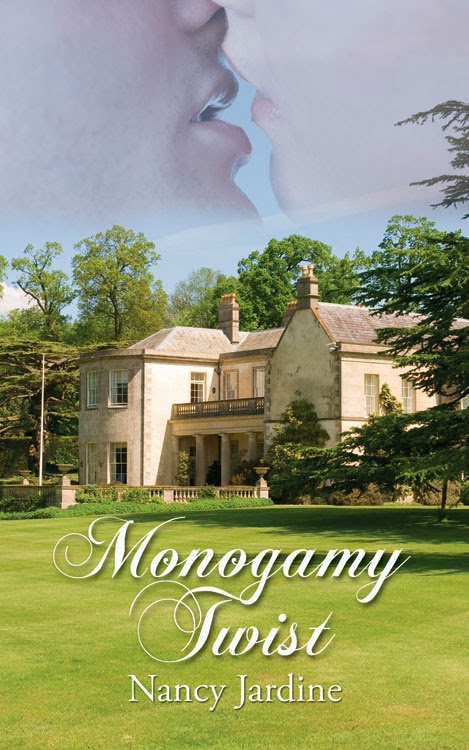 Luke Salieri has been bequeathed a manor house in Yorkshire, England. The state of it is slightly dilapidated but that's the easiest part of the problem for him. He had never met, nor ever heard of, Amelia Greywood - wonders why she has left her precious property and contents to him, but more importantly he wonders why she has set such Dickensian conditions to the bequest.

This novel was inspired from me watching a then current BBC serial and me beginning my Ancestry researches.


“Rhia!” he snorted instead. “Of course it will. How could I ignore such a valuable property?”
Rejection and then disappointment flashed across her lovely face before she answered, “You’ve lost me.” Her gaze drew away. “Do you want it or not?”
“Rhia, please take heed,” Luke sighed, his voice enticing her to turn back. He didn’t dare touch her. And he did want it…but knew that wasn’t what she meant. He didn’t dare use his fingertips to turn her delectable little chin toward him, for he knew one fingering would never be enough. “It would be a crying shame to leave that house to rot for another fifty years. It’s a valuable house and valuable land. It could be converted to multiple uses for corporate business, or as a hotel facility.”
“Ah…future revenues?” Her eyes held that astutely impressive derision again.
His face crept closer, his lips only a pout away. “Rhia, you wouldn’t want to be responsible for that house to fall into even more disrepair, that house you’ve already professed to love? Would you?”
She was floundering like a non-swimmer in a forest puddle, indecision hovering over her gorgeous eyes. He was confident she couldn’t resist him. His libido kicked in triple time, but his resolve quadrupled.
“Would you want that on your conscience? Knowing it was your fault it happened?”
“My fault?”
He knew his propinquity was keeping her spellbound, but by her glower she wasn’t taking the flack. Her disgusted expression informed him in no uncertain terms what she thought about his last words.

Posted by Nancy Jardine Author at 14:13