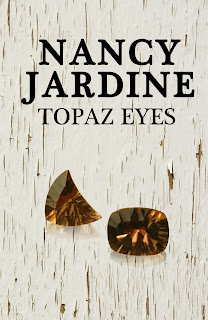 TOPAZ EYES - my ancestral based mystery thriller has been nominated for THE PEOPLE'S BOOK PRIZE 2014 fiction catergory. VOTING for this first stage is ongoing till the end of February 2014, and all votes will be very much appreciated.

Since entering this competition can only be done by a publisher, Crooked Cat Publishing entered my novel, any kudos from winning such a prize is also very prestigious for Crooked Cat. 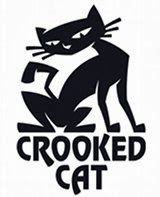 To go through from this first round of voting we need as many votes as possible and would really appreciate your help!
http://www.peoplesbookprize.com/book.php?id=1060

Please use the above URL. You'll be asked to register with your email address but I promise that you WON'T be bombarded with unwnted emails. It's only to avoid multiple votes for the same book.

So, here's something  about my treasure hunt mystery. A reviewer states:


If you enjoy treasure hunts, you'll love Topaz Eyes. Nancy Jardine lures you in with fabulous gems, mystery, danger, romance and lovingly detailed descriptions of European cities, food and customs. On the hunt for the lost Mughal collection, her characters chase clues across Europe, to the US, and back to Europe. But those emeralds, diamonds, and pearls are sought by others as well, dangerous others. The romance between Teun and Keira develops against a backdrop of forgotten wealth, family distrust, and danger. A fun, engaging read that will have you calling your travel agent.


It took me a while to work out the plot for Topaz Eyes, my complicated treasure hunt mystery. The idea of doing it stemmed from a desire to write a contemporary novel but one which would have a more complex family tree structure from the one I had to create for my debut sensual romance MONOGAMY TWIST, which is a fun and amorous re-do of a Dickensian bequest story. The tree structure in Monogamy Twist only involves going back two generations of the one family member, yet that did involve making some strategic decisions. Creating the one for Monogamy Twist gave me a thirst for extending a family tree in topaz Eyes, the tentacles made quite convoluted.

One of the first tasks was to decide on who would be my main protagonists, the family tree members who would have input in the mystery. Geertje Hoogeveen became the grand matriarch of the family, from Amsterdam, back in the 1870s. Once I had Geertje married she then bore the children, who in turn bore the next generations who are crucial in the mystery!

Today I'm sharing a little taster. This is when Teun Zeger, an American-born family member and my main male character, first visits Amsterdam in the company of my main female character- Keira Drummond from Edinburgh, Scotland.

On the flight to Amsterdam, Keira shared what she remembered.


“You’ll love the Netherlands, Teun. The canals are fabulous, all over the place, some larger for boats and some smaller for irrigation and drainage. They call them different names according to their size and purpose, but don’t ask me for details. I think the bigger ones are called grachten – like the Keisersgracht in Amsterdam. In Amsterdam the houses are tightly packed together, all jostling for a peek at the sky, tall and thin. Some of them look as though they’re being propped up by the neighbouring one, and in some cases they are, since their foundations are sinking. There are different colours of stonework; some dark, others light; contrasting with white painted window frames. They have different roof top shapes as well: some are flatter; some steeply shaped; others are a typical style called mansard. I’ll point it out when we see it.”


One of Teun’s palms caressed her arm, his other fingers gently squeezing hers, their bodies resting companionably against each other. “You obviously love coming back to Holland?”


Her sigh was deep and heartfelt. On an excited roll, she burbled. “I do. Every time. It’s weird knowing I was born in a country I don’t live in. I love Scotland, but I also love knowing I’ve shared some of my growing-up time in such a wonderful country as Holland.”


When the plane descended, Teun got a better glimpse of rural Holland as it swept down in a wide curve. The flat countryside of regular-shaped fields, bordered by small waterways, gave way to the built-up areas around Schiphol Airport.


“Schiphol’s an interesting name. Makes me think of ships, but they’re miles away, aren’t they? Any idea why it’s called that?”

Keira had to think. “I’ve a feeling it was Neela’s husband, Gabriel, who told me something about it, but it was a long time ago. All I remember is the whole area of land around here used to be under water, a few centuries ago. The Haarlemmermeer – a sort of lake with sea access – used to be here before the land was reclaimed for use by the people to live and farm on. When the water was still here, ships were driven up to a corner of it by wild storms, and were shipwrecked. The “hol” bit at the end of Schiphol means a sort of grave – the whole thing meaning the grave of the ships. I’d have to get a history book to be sure of those facts, but that’s how I remember it from Gabriel.”


Teun was full of questions as they taxied from the airport north to Amsterdam. Some Keira could answer, but many she couldn’t. It wasn’t a problem, though, because the taxi driver gave the answers. Teun was definitely impressed, holding none of his admiration back as they drove through the streets of Amsterdam to their hotel, on Damrak. He’d taken up her suggestion that if their hotel was in a central location, they could do lots of sightseeing on foot around the old city centre.
After checking in, Teun left a message on Zaan’s mobile, telling him they’d just arrived in Amsterdam and would like to meet up with him. She could tell Teun wasn’t too fussed about any delay over meeting Zaan; going walkabout appealed more.