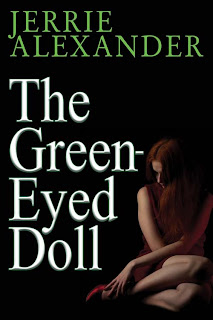 The Green-Eyed Doll blurb:
Catherine McCoy is on the run. For the past year, she’s been on the move, hiding the secrets and guilt in her heart. When she lands in small-town Texas and meets Sheriff Matt Ballard, he ignites a flame she thought lost forever.
Matt has scars of his own. He left the big city after an undercover operation went bad and his partner was killed. Now, as Matt hunts for a serial killer who paints his victims’ faces like porcelain dolls, Catherine becomes a safe haven for him. Two tortured souls finding comfort in each other's arms—until he uncovers her secret, and their bond of trust is broken.
When Catherine disappears, Matt races to find her, fearing the murderer has found his next green-eyed doll. But the killer has a surprise coming. Catherine will fight to the death before she’ll be a victim again. Will her determination be enough?

Short excerpt:
Dark circles and cold, weary, blue eyes marred his Michelangelo face. His black hair fell in disarray and looked like he’d raked his fingers through a number of times today. His chiseled jaw and chin were dark with a long day’s stubble. With a couple of long strides, he pinned her between him and the counter. He framed her face with his hands, closed his eyes, and lowered his forehead to hers. They stood in silence for a long time, unmoving, their bodies not touching. Fear for the missing woman radiated off him. 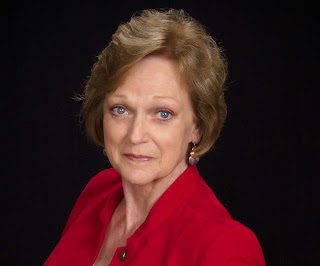 Jerrie writes alpha males and kick-ass women who weave their way through death and fear to emerge stronger because of, and on occasion in spite of, their love for each other.  She likes to torture people, make them suffer, and if they’re strong enough, they live happily ever after. Jerrie lives in Texas, loves sunshine, children’s laughter, sugar (human and granulated), and researching for her heroes and heroines.
www.jerriealexander.com
Twittter,Facebook,  Google+, Goodreads and LinkedIn

Best wishes with your new release, Jerrie. Here's wishing you lots of sales!


Posted by Nancy Jardine Author at 10:09