Have you read Shaman's Drum?

It's Friday again and the weekend is looming!

It's going to be another busy one for me, which I'll update about tomorrow, but today I'm delighted to welcome back my lovely friend - Ailsa Abraham. 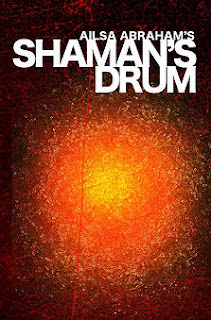 Ailsa, a fellow Crooked Cat author, has been with Crooked Cat Books about the same time as I have and she's here with an update about her novel Shaman's Drum. I can thoroughly recommend this novel to anyone who enjoys a good tale but it will particularly appeal to readers of science fiction/ fantasy though  Ailsa will tell you more about it the categories of fiction it falls into.

Welcome again, Ailsa and over to you...

BACK FOR A LIMITED TIME

You thought you had lost it but Shaman's Drum is back on the market for six moths only. From 1st June it will be available in Kindle form for only 99p or cents as a special re-introductory offer.

WHAT? A mixed genre book which can be read as a stand-alone or as the sequel to Alchemy. It has variously been described as slightly futuristic magical realism, fantasy and romantic thriller.

WHEN? Set in our own word in just a few years' time after a world-changing scientific discovery frees mankind from dependence on fossil fuels.

WHY? The banning of public religious practices was thought to bring an end to terrorism and war but unexpected consequences turn the new ideal world into a nightmare. Pagans having been left out of the ban are the only groups left to combat the new threat and they are fighting between themselves.

WHERE? The Capital is never named so it could be in your country.

WHO? Iamo, a priest of the Goddess with an aristocratic background who has just been released from prison for breaking his vow of chastity. A woman Black Shaman avenger who was the cause of Iamo's downfall, rescued from her prison by her lover.
Between them they have to solve the mystery of who is allowing demons into the world of Men and find a way to stop them. Who can they trust in the chaotic world of pagan clans? 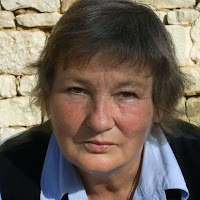 The author, Ailsa Abraham, knows her subject having been a student of religions and a practising pagan most of her life. Friend of Druids, Hedge-witches and other assorted magic-users she is the village shaman in her home.
Ailsa Abraham
https://www.facebook.com/AilsaAbrahamAuthor
Twitter
http://www.crookedcatbooks.com/ailsa-abraham/
Website
Amazon Author Page UK

Reviews on Amazon number 15 at the moment with an average rating of 4.7  Comments include : Shaman's Drum sucked me in and swallowed me whole!
Unique, ingenious and well crafted
Just the right mix of danger, mystery, history, a possible future, and tastefully exciting romance,.I want more of Iamo and Riga. I just want more! :-)
The sequel to Alchemy, brings heroine and hero back together for another scrap amongst the netherworld.
Fairly ripped through this cracking read, which for me indicates a winning combination of pace with great writing.
International Amazon Link http://bit.ly/1mgdIhL


Posted by Nancy Jardine Author at 11:22