Neither Here Nor There... 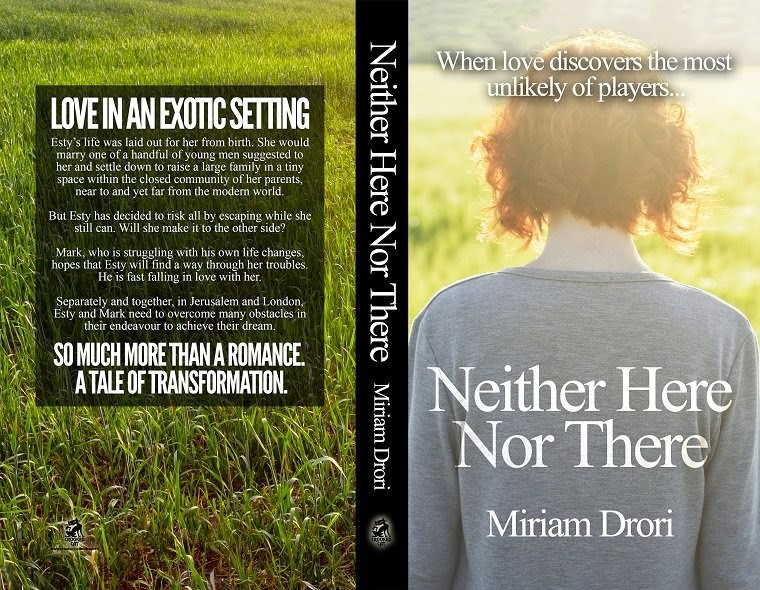 Miriam's romantic novel 'Neither Here Nor There' was published a few weeks ago - a novel of overcoming adversity and of doing something to alter a future that was pre-planned.

Today Miriam's come with an interesting topic to share with us- one which I know very little about. So let's find out about...

Life in a Closed Community

People used to say, about the Israeli kibbutz, that it’s the only establishment where communism has worked. In its time, from the outside and sometimes from the inside, it did work well. Nowadays, we hardly hear of kibbutzim. Some still exist, although many have relaxed their stringent rules. But Israeli society has changed so much that the kibbutz doesn’t fit in it so well.

For some members, it never worked. Those who wanted to do their own thing – to study, to be creative or whatever – always found it oppressive. Those who didn’t fit into the society experienced loneliness even though, or perhaps because, they were never alone. The author Amos Oz has written many stories highlighting these problems.

The kibbutz is one type of closed community. There are many others around the world. The Amish and other sects, for instance. Even small villages could qualify. The Archers’ Ambridge always sounds to me like a closed community, although I’ve never listened to a whole episode. If you fit in, the constant company could be just what you want. If you don’t, it could be stifling.

The haredi community from which Esty, heroine of Neither Here Nor There has recently escaped, is probably more like a village. People are free to come and go. There’s no committee to decide whether a newcomer should be allowed in. But in general, people know each other, which is fine if they’re friendly and you don’t have any secrets.

Busybodies tend to lurk in closed communities. They delight in discovering juicy bites of gossip. In Neither Here Nor There the hawk-eyed Mrs Greenspan also has a financial interest in collecting information that could cause embarrassment if it became general knowledge. Esty is right to be wary of her.

(In Neither Here Nor There Esty runs from the market to Jaffa Road in the hope of catching the train to escape from Mrs. Greenspan) 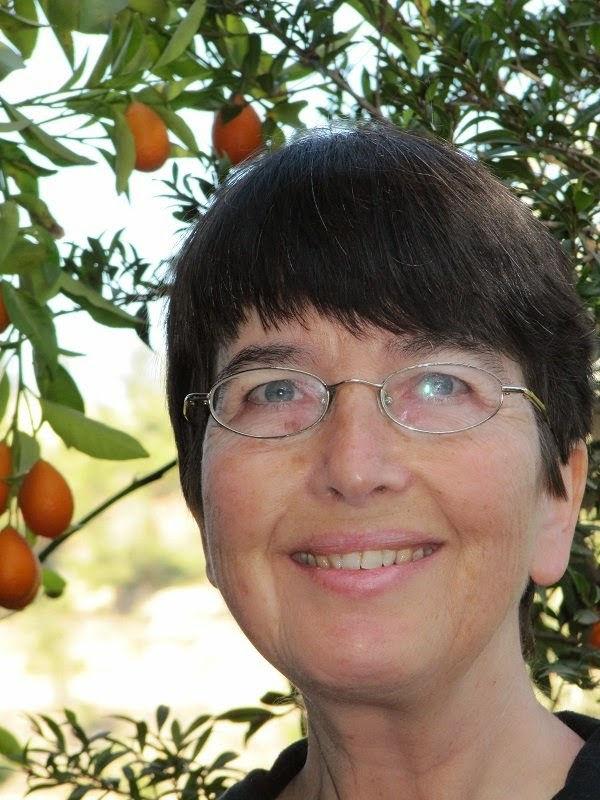 Miriam Drori was born and brought up in London, and now lives in Jerusalem where her daughter has left her to hold the female fort against three males.
Following careers as a computer programmer and a technical writer, Miriam has been writing creatively for the past ten years and has had short stories published online and in anthologies. Neither Here Nor There, published on 17 June 2014, is her first published novel.
Miriam began writing in order to raise awareness of social anxiety. Since then the scope of her writing has widened, but she hasn’t lost sight of her original goal.

Neither Here Nor There is available from:
Crooked Cat Books
Amazon
Smashwords
And elsewhere.

Here's a little teaser for you to enjoy from 'Neither Here Nor There':

The scene begins in the Mahane Yehuda Market...

Esty walked along the alleyways, noting the quality and prices of the items she wanted. Potatoes, courgettes, carrots, onions. She revelled in the familiar sights, sounds and smells. With so much that was new and different for her, it felt good to return to this whiff of home.
“Sweet mangos. Only six shekels.”
The loud voice just next to her startled Esty. How did these people keep shouting all day without getting sore throats?
Retracing her steps, Esty stopped at a stall selling carrots. “Could I have a bag, please?” she said to the vendor, a youngish man with black curly hair and a swarthy skin.
“For you, I’ll give anything.” The vendor’s accent showed his Eastern heritage. Iraq or Syria or somewhere like that. The man himself was probably born in Israel, but he’d inherited the accent, the guttural As and Hs in particular. He reached up to a metal hook, tore off a plastic bag from the many hanging there and handed it to Esty.
Esty smiled, confident that his words weren’t intended to lead anywhere, and picked out her carrots from the huge pile.
When Esty turned round after putting her last purchase into the shopping bag she’d taken from the flat, she spotted Mrs Greenspan and the same woman she’d seen in the shopping centre. At the same moment, the woman pointed towards Esty and the two began to stride purposefully towards her.
Esty panicked. She had to get away from these women, but how? She couldn’t reach the bus stop, because the women were blocking that route. She could slip through the alley opposite her and double back along the parallel road, but that was wide and they’d spot her easily because it would be less crowded. So Esty stayed in the alleyway and started running away from the women, towards Jaffa Road. It was hard with the heavy bag, squeezing between the shoppers.
“Sorry,” she called to a startled woman brushed on the leg by Esty’s bag.
Glancing back, Esty saw the two women looking fierce and coming nearer. She turned and ran to Jaffa Road as fast as the heavy bag would let her. Now what? A train had just drawn up into the station. If she ran, she might just make it. With all her strength, she carried the bag over the railway lines and then across the little road. A car hooted but she ignored it. She had to get to that train.

Posted by Nancy Jardine Author at 07:44