I've got no one booked for my Monday Moments slot today so I'm featuring my own multi 5* rated ancestral mystery Topaz Eyes. 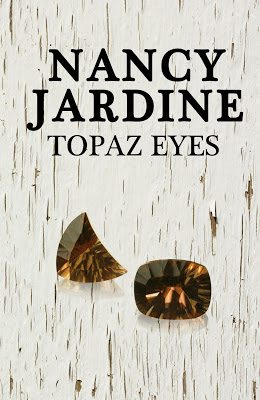 A peculiar invitation to Heidelberg embroils Keira Drummond in the search for a mysterious collection of extraordinary jewels once owned by a Mughal Emperor; a hoard that was last known to be in the possession of Amsterdam resident, Geertje Hoogeveen, in 1910.
Who among the progeny of Geertje – hitherto unfamiliar third cousins brought together for the quest – can Keira rely on? Distrust and suspicion among them is rife.
Which one is greedy, and determined enough, to hire thugs to tail her… and worse… as she travels to Vienna and Minnesota?  Can Keira even trust Teun Zeger - a Californian she is becoming very drawn to – as they pair up to unearth the jewellery?
As they follow a trail of clues, will they uncover the full collection before the hired gun kills them? Details remain furtive and undisclosed until danger and death forces their exposure. And who harbours the ultimate mystery item that is even more precious than the Mughal jewels?
Greed, suspicion and murder are balanced by growing family loyalty, trust, and love.


Posted by Nancy Jardine Author at 09:04