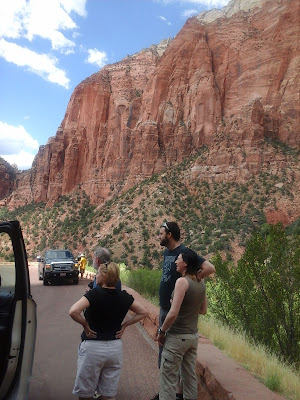 Trip #5 back to using Route 9 which took us through part of the .

I'm so glad my S-I-L suggested taking this slight detour to get back to from because the views from the road were spectacular!

We picked up Route 9 south of , the road taking us through part of the southern area of the .

Private vehicles can use this road through the mountains but to enter the restricted areas of the park you have to use the official tour vehicles.

The place marked 'C' on the map below is Bryce City. 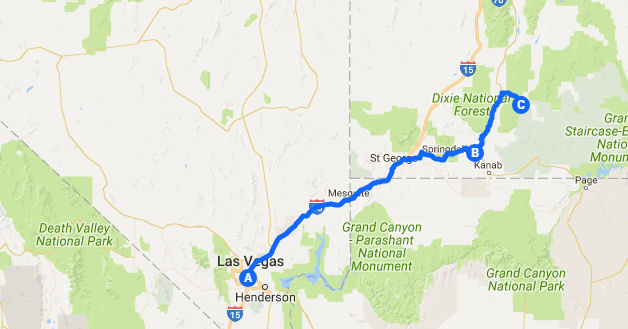 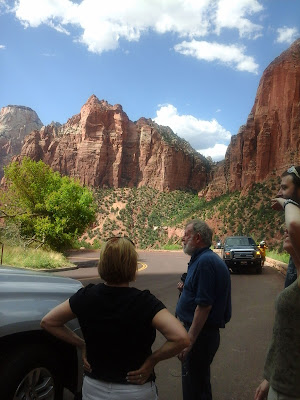 The terrain on the road we travelled was impressive, winding and with sheer drops over the edge of the road. (mostly with no barrier above the road surface)

The route means repeated highs and lows in altitude and lots of popping of ears.

At one magnificent point the road goes through an impressively long tunnel the likes of which I’ve never seen before because at strategic places there are opening in the walls of the tunnels to provide glimpses of the views outside! 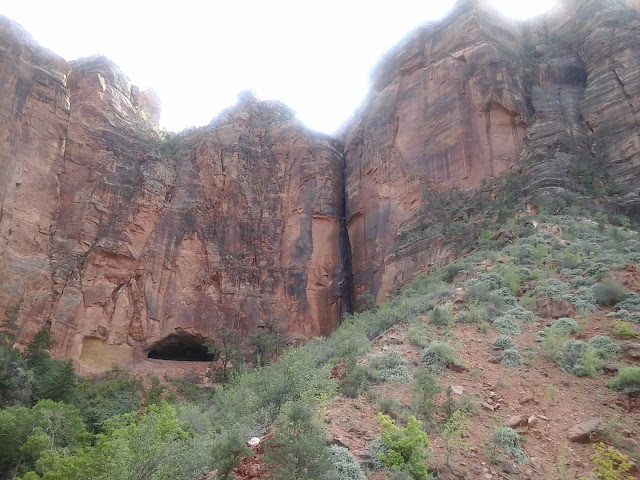 The colours of the rocks and limited vegetation are stupendous, so breath taking I often forgot to take photos of them. The drive constantly made me want to be a better photographer but the views were so numerous it was impossible to stop at every viewpoint when we had a deadline to get back to to check in and have dinner. 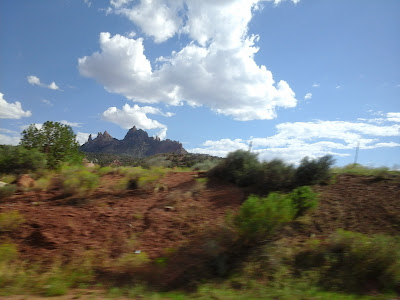 I can only imagine that what the visitor can see from one of the official park tour vehicles is even more magnificent –yet that’s quite hard to believe. 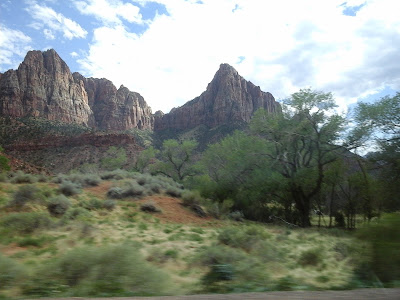 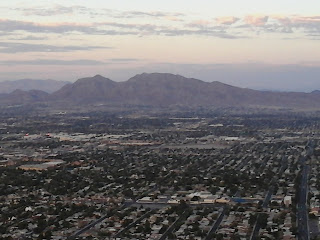 And finally we arrived...at Las Vegas, pretty late but just in time to see the city from the Stratosphere Casino, Las Vegas. The $20 fee to ride tot he top of the tower was a bit steep but it was a great way to view the city from about  270- deg angles. Because of the terrifying 'thrill rides- Insanity etc- the visitor can't go all the way around the top of the tower.

We stayed just long enough up the tower for dusk to fall when the lights were beginning to twinkle all around the city. Checking in to our fun hotel and dinner meant a quick descent from the tower and a trip down the strip! 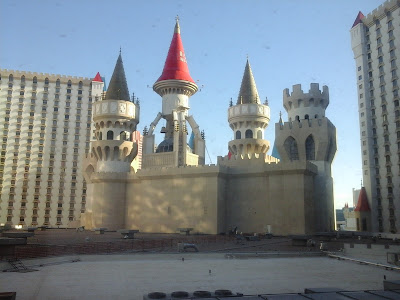 This was the view from my 'Tower' room at the hotel Excalibur! What a building. (Smiles all around)

Yes- that was a hectic day which included some 250 miles+ of driving and loads and loads of curvy bendy roads.


We planned to wander down the strip but by the time we'd had a $1 flutter on a gambling machine as we sipped a well earned cocktail, followed by an Italian meal in one of the second floor hotel restaurants, our 'strip' walk was a brief one. Since we couldn't find the entry place to the monorail that plies the strip it was time to call it a happy day.

And guess what? We didn't have time to explore the hotel very much either, not that night and not the next morning since we were off again early to drive to Pasadena, Los Angeles. hence the reason I don't have a good photo of my own of the front of the Excalibur!