Yipee! I'm writing posting this blog entry from Las Vegas, Nevada, USA, but I won't be here for much longer since I'm off to California in less than an hour.

My next few posts will be about my current trip to Nevada, Utah and California...when the internet permits. 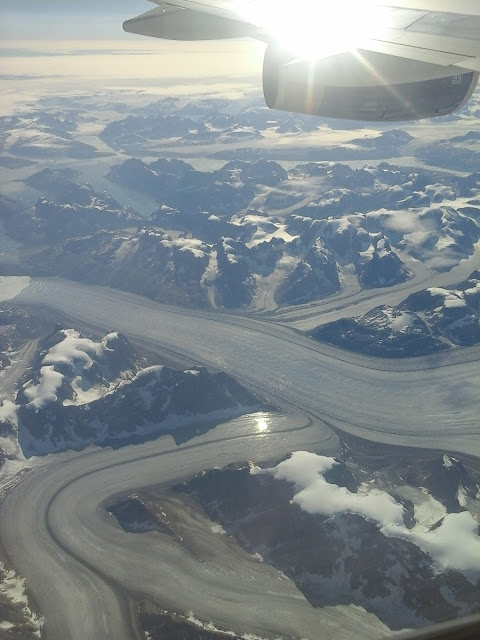 The flight to was amazing. For much of the time I was able to see out of the plane window at its cruising speed of 38 thousand feet. The views overlooking were stupendous, the swathes of ice across the icy landscape like massive highways of frozen water.

Cloud cover was partial over the stretches so only the occasional glimpse of the land was visible but when we approached the area it was a vista of the land in all of its glory. The flat plains gave way to incredible mountain and hill masses, the undulations spiky and impressive. The BA flight travel guide on screen showed the flight path as we crossed over one state to another.

The mountain masses only got better and better ad it became a game to try to locate the main topographical aspects- the of ; the mighty Colorado River As we approached , our destination, the blue of and the magnificent Hoover Dam were almost alien colour on the landscape below. 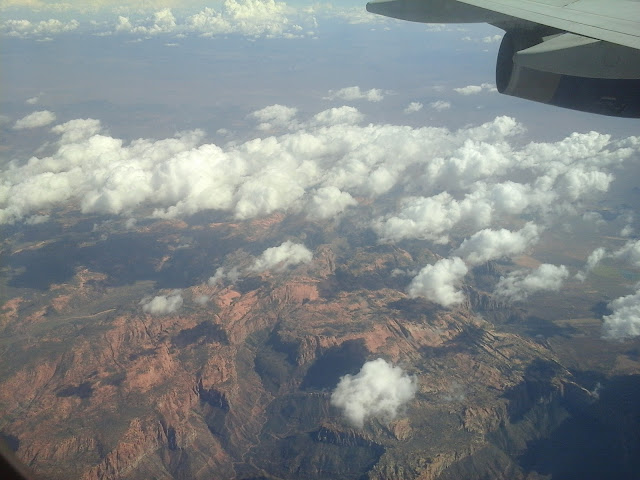 The mountains are so full of fabulous shades of greys. Patches of white appear as stripes along some of the ridges. There are blackened tops on some other ranges, their darkness like black lava or volcanic deposits. That’s something still to be checked, though. 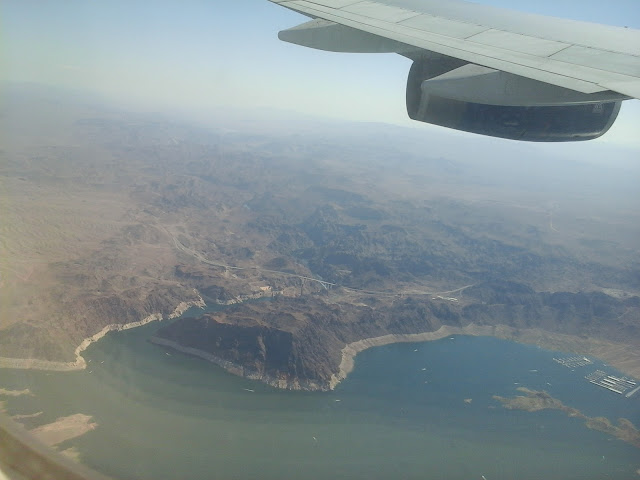 In startling contrast, some of the ridges were a striking bright orange in the strong sunlight. 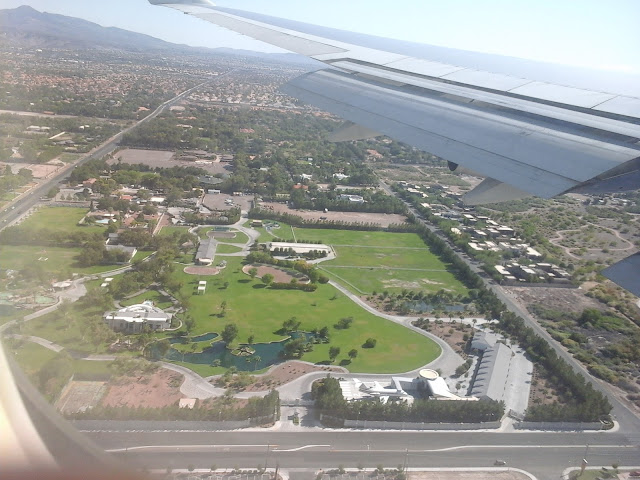 The descent down to in was incredibly smooth and it was so easy to admire the sprawl that is outer before the city centre came into view. The extent of sits in a flat valley floor, pretty well surrounded by impressive craggy ranges.

All in all, it was an impressive way to enter the most famous valley in .

The native inhabitants of this amazing desert area, and the pioneers who first settled the land were a truly hardy bunch when faced with the relentless heat of the sun and the lack of available running water.

Posted by Nancy Jardine Author at 17:19