Hogmanay is almost gone-my thanks to my readers 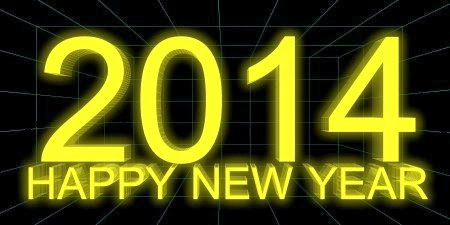 Hogmanay, New Year's Eve, has a few more minutes to go before 2014 is ushered in. My preparations for the transition into the New Year are as done as they are going to be. I have cleaned and tidied the house, emptied the rubbish to the outside bin and ensured the dishes of 2013 are all clean and away.

While growing up, my mother would have made sure that by five minutes before midnight we had all washed our faces and hands and had donned clean clothes, ready and presentable for the 'bells'. The striking of the clock of  'Big Ben' on radio or TV would be eagerly awaited. My father would have the tray prepared with glasses for our New Year toast and the shortbread and fruitcake would be cut ready to eat. My mother and father had a whisky toast and my sister and I had blackcurrant cordial, or my aunt's home made ginger wine.

When the last chime of the clock heralded the New Year we would share kisses and wish each other a Happy New Year. It was also my mother's birthday on the first of January but her birthday wishes always came after those for New Year. That was the way of things. Priorities. After an exchange of a gift for my mum I'd down my drink, gobble a bit of cake and a biscuit and would be off out the door clutching a piece of coal and some other gift for our neighbour.

I was sent to do this duty since I was the darkest haired person in the vicinity of our 'close', the tenement block of apartments where I was brought up. As soon as I visited the first neighbour I set off a 'chain reaction' releasing the man of that house to go visiting another neighbour. Within the first half hour of the New Year I usually had visited at least five houses and was wending my way back home to join the party. It wasn't ususual for a gathering to happen in my house since my parents were very welcoming, but more importantly for mercenary reasons, my mother was also the best baker around. Her tray bakes and shortbread were valued by adults and children alike!

It was a happy time and although alcohol was part of the affair for the adults there was a happy atmosphere and never any disagreement- it was NEW YEAR!

I live 150 miles away from that place of my upbringing and don't live in the same sort of community but that doesn't mean that I don't do the cleaning on Hogmanay that my mother did. I still do those household preparations, and I still go and wash my face and don clean clothes. My husband prepares the tray with drinks and shortbread and we await the 'Bells' with the same anticipation....


Since it's now 23.46 I have to go and get that face wash and other preps done in time. I won't be online at Midnight so I'll say my greetings now.


To the readers of my novels and the followers of this blog I say a huge THANK YOU to you and wish you all a VERY HAPPY NEW YEAR.


Posted by Nancy Jardine Author at 23:50