Though I did very little new writing during July, I was involved in creating an article for a brand new online magazine called Historical Times. The first edition was featuring Romans so when I had to opportunity to become a guest author participant, I jumped at the chance.
I decided my feature would be about the Ancient Roman encampments in north-east Scotland, focusing on the fact that many of these temporary camps were known and mapped around 200 years ago by enthusiasts who worked in the teams organised by William Roy during the late 1700s and early 1800s.
The new Historical Times magazine with interactive features is beautifully produced and is contributed to by some of the most popular authors in the Roman history genre. It's currently FREE to become a subscriber and I heartily recommend that you join. You'll find that the access information to each edition will pop into your email inbox and you can read the entire magazine - including my article.
The Facebook link is HERE to join and keep up-to-date with information
https://www.facebook.com/historicaltimesmagazine
The Website link is HERE where you'll find the 'SIGN-UP' form:
https://www.historicaltimes.org 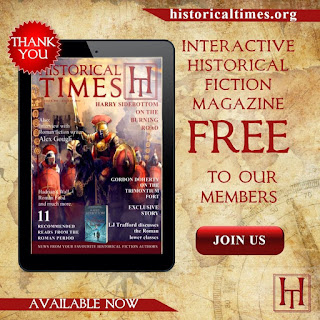 Enjoy the read...
Slàinthe!
Posted by Nancy Jardine Author at 10:12