It's a fantastic Friday!

I've got Tim Taylor visiting here. I'm on his BLOG doing a blog swap and...I'm also co-hosting the Facebook Launch Party for Monogamy Twist all day. (Just click the link to take you there)

My blog space today, for the 27th March 2015, was booked some time ago by my friend and fellow Crooked Cat- Tim Taylor. Weeks ago, Tim agreed to come and talk about his latest novel, yet to published, but quite different from the other work of his that I've read, which is historical fiction. When we realised it was also my launch day for Monogamy Twist Tim offered to reschedule but I'm really happy that we kept the booking since it's a delight to welcome Tim back.

Like me, he likes to write in different sub-genres of fiction. I'm delighted today to stick to our intended blog swap because he's come to share some contemporary work on a day when I'm also having contemporary writing of mine launched.

I'm over at his blog sharing information on my next two novels which are in the release queue - Monogamy Twist and the Taexali Game whilst he's here giving us an idea of what his newest work- Revolution Day - is about. 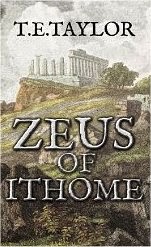 I really loved reading Tim's fabulous Zeus of Ithome and I'm very much looking forward to reading Revolution Day when it is published. So...over to Tim...


Hi Nancy, many thanks for hosting me on your blog once again.

Last time I was here I talked about my historical novel, Zeus of Ithome, which follows the real-life struggle of the ancient Messenian people to free themselves from three hundred years of slavery under the Spartans.

Today, I’d like to give your readers a little preview of my second novel, Revolution Day, about the ageing dictator of a fictional Latin American country, which will be published by Crooked Cat later this year (provisionally on 17 July).

The title reveals a point of similarity with Zeus, in that both books, in very different ways, describe a revolt against an oppressive regime – in the case of Revolution Day the overthrow of the previous President by the current one, Carlos Almanzor, which is recounted by Almanzor's wife as she writes her memoir.

There the similarity ends.  Zeus is a historical novel, dramatizing actual events (albeit through the lives of mostly fictional characters) which took place well over two thousand years ago.  Revolution Day recounts fictional events in a fictional place, set in the present, albeit interspersed with recollections of what happened in previous decades, against the background of the real fluctuations in relations between the superpowers and their client states.

The novel charts a year in the life of President Carlos Almanzor, now in his seventies, who is feeling his age and worried that he is losing his grip.  Interspersed with the main narrative are recollections from his estranged and imprisoned wife, Juanita.  She recalls how Carlos fortuitously came to power and how, over time, he gradually changed from an idealistic liberal socialist into an autocrat who now believes that he alone can be trusted with the stewardship of the nation and is prepared to do whatever is necessary to protect himself against the threats that he sees in all directions.

Carlos’ paranoia, though misdirected, is not without foundation.  For Manuel Jimenez, the vice-President and Minister of Security and Information, has long been resentful of his subordinate position.  When his attempts to expand his role are met with a humiliating rejection, he resolves to take action, and has no qualms about exploiting those close to the President to further his ambitions.  In time, even Juanita will find herself embroiled in his plans.

I hope that’s been enough to whet a few appetites!  In the run-up to the launch I will be posting some excerpts from Revolution Day on my own blog.

Many thanks once again for hosting me, Nancy, and good luck with the launches of Monogamy Twist and The Taexali Game!

Thank you for sharing that with us today, Tim. I'll look forward to reading more about it in the coming months...and please come back and share your cover design closer to launch date!

Posted by Nancy Jardine Author at 07:59