Beathan The Brigante is a 4**** Discovering Diamond!

Happy Sunday to you! 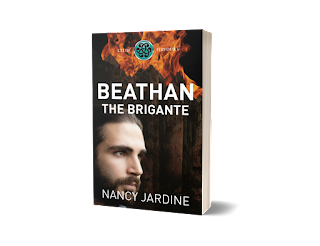 Here's what Discovering Diamonds had to say about Beathan The Brigante:

This story centres on the journey of a young adolescent boy who is held captive by the Roman general, Agricola. Beathan of Garrigill is a young Brigante whose parents are Celtic nobles and after the Brigante tribe’s defeat at the hands of the Roman invaders, Beathan is taken hostage and treated as a slave.

Beathan’s story covers four years of his life, from the age of thirteen to seventeen, and sees him grow from boy to man. It begins as he is being tortured by a sadistic centurion who has no qualms about beating Beathan to find out who he is and whether he is an important hostage or a slave. He meets and befriends other important hostages: Gillean, a Caledonian, an old friend Taexali, and a friend whom he thought was dead, Derwi. The hostages are dragged in chains to Rome, when General Agricola’s career and life are threatened. When Beathan saves the life of the general and his wife, Agricola’s heart softens and he frees the hostages in thanks for their help.

Beathan is a strong personality in this tale. Defiant and proud, he must learn to curb his defiance in order to survive. But while outwardly he is subservient, inside, his anger is seething, and the flame of his vengeance burns.

I was a little confused by the cover of the book which shows the face of a grown man with a full beard which was not what I expected a thirteen- to seventeen-year-old lad to look like even back then. I think this might confuse some readers. I have not read any of the other books in this series of five. It has a Young Adult feel to it although both adults and teens would be happy reading this. 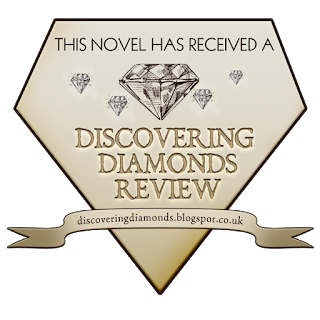 The Discovering Diamonds reviewer makes a valid point about being a little confused about the cover design which shows the profile of a young man with a full dark-brown beard. It was very difficult to acquire a suitable image of a young man of 17, and I settled on the one chosen because he looked  perfect for my own concept of my character. In fact, the young man in the photo, acquired from 'www dot 123rf dot com'  image site, resembles a young lad from my village, one that I taught when he was 11/12 years old.

When he left my class at 12 years old, the lad in question was very dark-haired, was already around 5 ft 10 in, and was likely to grow even taller, during his next five years at the local Academy. I spoke to him years later when he was seventeen. By then he was well over 6 ft. and had long flowing hair, not exactly fashionable, but it suited his quirky style. He had not long since left school to go to university and his beard was full and very thick. He told me that he couldn't wait to keep his whiskers, because shaving every day to go to school when he was 15 and 16 had been a 'a pain in the arse'. Not quite his words, they were a tad more colourful.

I remembered that incident when I was creating my Beathan The Brigante character!

Back to more Sunday promotion and more new writing for my prequel to the Celtic Fervour Series.

Posted by Nancy Jardine Author at 09:28