My #Monday Moments slot welcomes back a lovely author friend, Jane Bwye, whom I met through Crooked Cat Publishing a few years ago.

Jane is one of the best, an author who reads across many genres and who also always writes a review on stories she's read. I'm very grateful to have had Jane review my novels and I'm sure other authors feel the same reward and support from her, as I do from her thoughtful comments.

I very much enjoyed Jane's novel Breath of Africa, published by Crooked Cat, which I highly recommend that you read. I've still to read the one she's sharing today - I Lift Up My Eyes - but I'm sure I'll love that one as well since Jane has a great author voice. 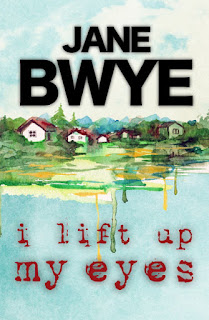 I Lift Up My Eyes, originally written as a short story, was professionally critiqued about ten years ago. The critic was right: she said it would be better as a book.

The novella is set in about love lost and found, and what can happen in a relationship when illness strikes.

There are four men in Ann’s life. Husband Robert turns in on himself as he struggles to come to terms with the consequences of cancer; Duncan is older, and what can be worse than losing a leg - but at least he cares about her; son John, born in happier times, is the apple of her eye, but even he is sometimes a worry. And then there is the fourth man in the mix – God.

You will find this a compelling read, and it will probably make you think. There are many light moments for you to enjoy, and Ann goes on an interesting diversion to and .


Here is a little taster from the novella:

***
Ann stopped the car to drop off outside his flat after choir, and there was his hand again, open and inviting.
This time he said nothing; he just waited. She laid her hand in his, feeling an electric sensation travel up her arm. He moved his fingers, and hers responded.
“Do you feel guilty?”
She considered.
No. She did not feel guilty. She felt a wonderful tingling all over. He cared about her, paid her compliments and listened to her woes. And now he was attracted to her. That little mute gesture told her so. Forget that he was an old man; she was no spring chicken, and she had never believed this sort of thing would ever happen to her again. Did she want it to happen? Oh yes! What a glorious feeling. She had been starved of love for so long. In time her anger and frustration had, thank God, dissolved. But in its place had come indifference.
And now this.

But she must not let things go too far. He released her hand and got out of the car, bending through the passenger door before he closed it.
“Same time next week in the park?”
***

Jane Bwye spent most of her life in Africa, and came to live in at the turn of the 21st century. It has taken her several years to get over the culture shock, and to appreciate the beautiful parts of , discoverable only a stone’s throw away from busy highways and bustling towns. She has also, like Ann, indulged herself by frequenting the theatre and opera. When she first arrived in , she joined three different choirs, but now contents herself with once-weekly practices. And she likes to stride over the downs whenever there’s a spare moment.

Her novel, Breath of Africa, was nominated for the Guardian First Book Award.

I Lift Up My Eyes can be read in an afternoon and is available in various e-book formats from Amazon.

Thank you for sharing with us today, Jane. My best wishes for success in all of your writing.