Bran Reborn? Who is Bran?

It’s my turn today on the Ocelot Blog to introduce you to some more Ocelot Press fiction! Since I can’t directly reblog to this page from a Wordpress site, this is the core of it with a more of the historical detail added on below.

To answer my own question above I need to separate the Fiction…some Historical Facts of A.D. 69-71…and give an Outline of the Events that come before Bran is reborn!

After Whorl: Bran Reborn is the second book of my historical fiction Celtic Fervour Saga Series. Zoom back to A.D. 71, to the territorial area of the Brigantes Federation of tribes. 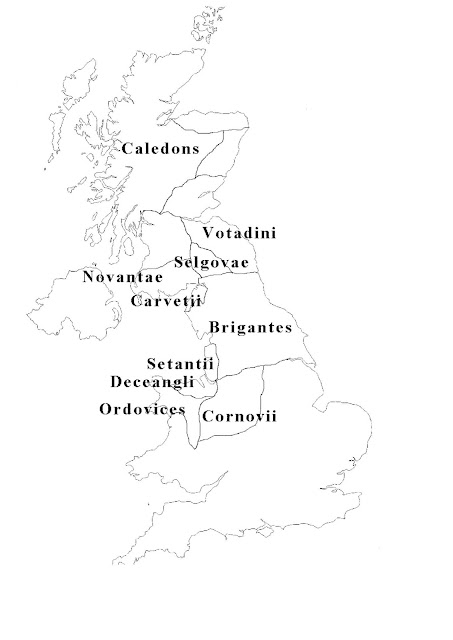 Fiction:
The After Whorl part of the title refers to the at Whorl which takes place during the last part of Book 1 of the series, The Beltane Choice.  At Whorl, my Brigante warrior clan from the Hillfort of Garrigill fight against the Ancient Roman Legio IX and Legio II Adiutrix – led by General Q. Petilius Cerialis, the Governor of Britannia and commander of all of the Roman Legions stationed in Britain – and Gnaeus Iulius  Agricola Commander of the Legio XX.  During the battle at Whorl many Late-Iron Age warriors are killed, many are injured and some remains are never retrieved from the battlefield. Brennus of Garrigill doesn’t return and is presumed dead!

Fact: (with a good dose of interpretation!)
A lot was happening in A.D. 68/ 69. Across the Roman Empire there were dire rumblings and a very nasty civil war raged amongst different commanders of legions in different area of the . This time was later referred to as the Year of the Four Emperors (I’ve written about this elsewhere in this blog) when one after another took charge of the throne but didn’t last. After Nero’s death, Galba grasped power, followed by Otho, then Vitellius, and finally Vespasian took firm control after which Vespasian reigned as emperor for around ten years.

The possibility of less firm control across Britannia in A.D. 68, probably spurred King Venutius to finally act more forcefully against his former wife Cartimandua in Brigantia, discord also having rumbled there for some years prior to A.D. 68. But, as well as fighting against Cartimandua’s loyal followers, at least some of Venutius’ confrontations also included soldiers of the .

Ancient Roman writers like Cornelius Tacitus wrote that Roman soldiers of General Cerialis engaged in pitched battles against the followers of Venutius, King of the Brigantes in Brigantia. The exact dates of these full-on battles are not known but it’s likely they occurred between the years of A.D. 69 and 71 for the following reasons.

Till c. A.D. 68, Queen Cartimandua had had ‘Client Queen’ status with the , a situation which had probably lasted for more than a decade. It’s thought that in exchange for bribes from the Roman Empire, Cartimandua restrained her warriors from attacking encroaching Roman forts and installations in the south of Brigantia during her ‘’ status. That situation was not to last, though, because having divorced her husband Venutius, Cartimandua found herself fighting against rebel forces across Brigantia led by Venutius. Cornelius Tacitus recorded that the Ancient Roman Army came to Cartimandua’s aid during one such battle against Venutius and she had to be spirited away from the battlefield.

It seems that this unstable political turmoil in Brigantia gave the Roman army a good excuse to intervene on her behalf. However, in approximately A.D. 69, the records for Cartimandua cease, perhaps meaning she died during one of the civil war skirmishes against Venutius, or she was secreted away by the Roman Army for a subsequent time. I’ve read references that she perhaps then spent the remainder of her life in the safety of obscurity; possibly even in itself as it wasn’t unknown for to harbour exiled persons of high status from Britannia.

By c. A.D. 71, King Venutius also fades into obscurity possibly because he was no longer in a position to gather sufficient men to have further pitched battles with . Or maybe it was because the situation in had stabilised under the new Emperor Vespasian who assumed the throne in A.D. 69 after the ’s own tumultuous civil war and Venutius cut his losses and disappeared. However, another likely scenario is that Venutius was killed during one of the battles which raged in Brigantia.

There is sufficient archaeological evidence to show that around the A.D. 69-71 period there was a significant expansion in Roman fort building throughout southern and central Brigantia, which was a considerable geographical area. More evidence is being uncovered giving credence to the fact that under General Cerialis that expansion of Roman domination also covered parts of north Brigantia and maybe even into what is now .

Fact: This image is the authentic waterfall named Ashgill Force near the . 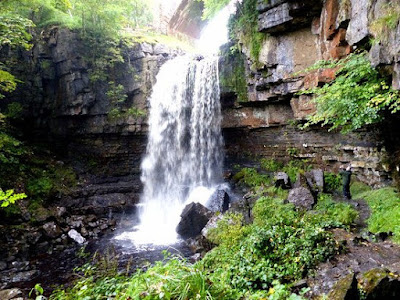 I’ve thoroughly enjoyed creating all of my Celtic Fervour Saga characters but I have a real soft spot for my lovely Brennus of Garrigill aka Bran of Witton. I’m hoping that (if you’ve not already read my series) you’ll join the list of other readers who enjoy Brennus’ transformations!

Here are a few useful sites, references used when choosing sites and information to use in my series.