While you are waiting...a sunday Snippet!

It's Easter Sunday and the sun is shining!

The weather has been at its weirdest because on the first of April we had flurries of light snow. Today the sky is clear and the temperature might have topped the 20Deg C mark.

I had intended to have a new post ready to update on the 'I'm Gonna Build a House' series but the processing of photos is taking a little while - no surprise since I've taken hundreds. 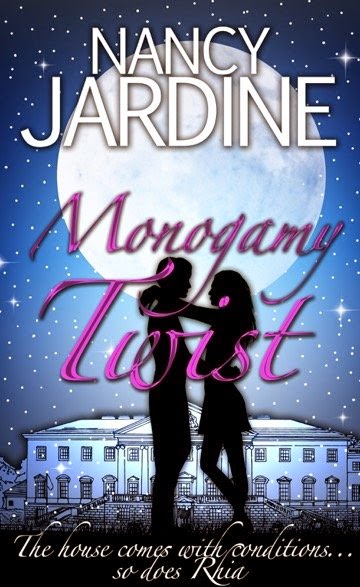 Till I have the post ready, I'll post an excerpt from my recent release- Monogamy Twist. I've had a few really complimentary words on Facebook from readers who loved reading it. If they put a review on Amazon, that'll be fantastic since reviews really do help to spread the word about enjoyable books.

This scene is from early in the story, from Chapter Four.

“I don’t understand why you were checking all the windows if you’d already broken into one. Your movements were pretty sneaky.”
Her questioning was measured and purposeful. Needed the fine details tuned, did she? Well, he guessed she deserved to know since he needed her to help him one hundred per cent.
“It’s my job,” he answered, perusing the photographs hanging in a montage on her wall.
“What? But you said you weren’t…”
“A burglar? Of course, I’m not.” Encouraged by her naive responses sardonic laughter spilled forth. “I’m a Chartered Surveyor. My current focus in the UK is renovation of old properties.”
“So you were checking all the windows as a professional?” That rosy little blush stained her cheeks, though he contrarily wished it hadn’t. “I’m sorry about that.”
Brushing off her apology with a terse wave of his hand, Luke enjoyed telling her more of his farcical story, though she had a cute little way of squirming up her nose when she was working something out, which distracted him from the main purpose.
“What did you mean ‘and that’s history, but not quite’?”
“My being willed the Hall isn’t as straightforward as it seems. That’s where you can help me.”
He had a gut feeling she was going to be perfect for his needs.
“Me?”
Her bewilderment was exhilarating. He soared up in front of her.
“We’ve established that I’m not a burglar, but you, Miss Rhia Ashton, are a multiple trespasser.” He let his index finger gently mock in front of her nose. “You’ve been trespassing on that property for some time.” His tongue clicked against his teeth. “Disregarding the law.”
“Gus told me it would be fine to walk Thor there.” Her voice faded to nothing.
Creasing his dark eyebrows in doubt, Luke determined Gus needed to be eliminated from her life.
“Neither you, nor Gus had permission to be there. So here’s the thing. Unless you want to go back to the police station and be charged with quite a few offences, I think you might need to listen to the proposal I’m about to put to you.”

Posted by Nancy Jardine Author at 15:36